If you are not a dog or cat person, aquarium fish may be a great pet for you. They are beautiful, calm, and easy to take care even in a small house. Indonesian aquarium fish are not only brightly-colored, but also have beautiful forms, and some of them have even been exported to many countries!. Freshwater aquarium fish are the most popular types of pet fish in Indonesia. Here are seven popular species for your references.

Also known as ikan cupang in Indonesian, betta fish is one of the most popular indonesia aquarium fish, freshwater tank pets in South East Asia. This fish has a slim body with fan-like fins and bright colors. They are famously cheap and strong, able to thrive in water with low oxygen level. You can find them in stunning colors such as blue, emerald, or red. 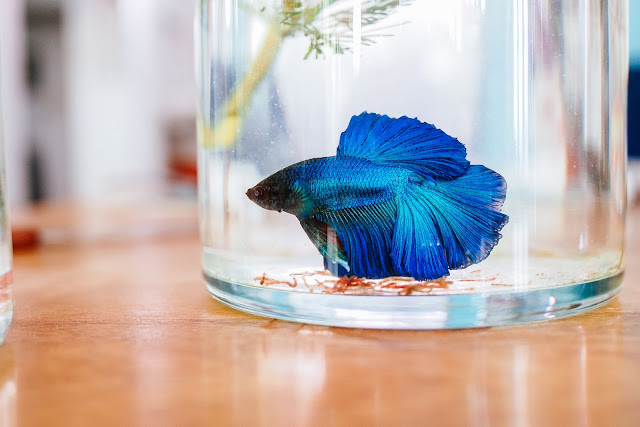 Betta fish is also famous as ikan aduan (fighting fish), due to its aggression. However, not everyone buys this fish for the aggressive trait. Some types of betta have unique fin shapes, such as double tails, halfmoon, and crown. Seeing them swimming in a tank will definitely relax your eyes.

If you cannot decide which fish to buy for your freshwater aquarium fish, you can always go back to the classic goldfish. Known as ikan mas koki in Indonesian, goldfish are cheap, easy to take care of and come in various colors and shapes. Common goldfish has orange, yellow, or reddish colors, but there are also species that have white, black, or multiple colors. 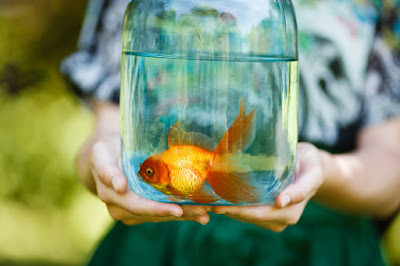 You can keep several types of goldfish in one indonesia aquarium for variations. For example, you can combine regular goldfish with smaller comet fish, fan-tailed goldfish, and bubble-eyed goldfish

Tiger barb is known as ikan sumatra in Indonesia because one of its natural habitats is Sumatra Island. The name "tiger" came from its distinctive stripes and aggressive behaviors. Tiger barbs' movements are fast and abrupt, and they can live for five to six years in an aquarium. Tiger barbs are also tough and can adapt with slight water changes. 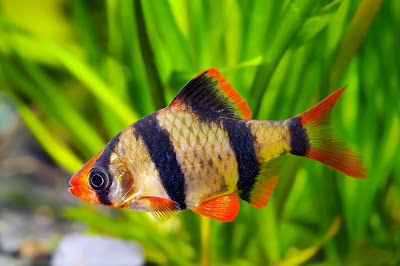 Tiger barbs are perfect if you like active, slightly aggressive fish. If you feed them, the fish will swim in agile, quick, and abrupt movements. If you want to keep tiger barbs with other fish types, make sure to have them in slightly large school. The smaller the school, the more aggressive they become.

As the name suggests, Papuan rainbowfish have multiple bright colors that make them very noticeable. There are more than 60 species of rainbowfish that have been identified, and they are all endemic species of Papua. One fish may show off colors such as dark blue, red, orange, and yellow. They are very vibrant and perfect to create a lively atmosphere in your aquarium.
Rainbowfish usually become less vibrant when they grow older. However, they also become more agile and energetic, and they do not act aggressively toward other fish.

Arowana is probably one of the most famous expensive pets among fish lovers in Indonesia. They are usually famous as good-luck symbols among Chinese Indonesians, due to their dragon-like appearances (elongated bodies and large scales). Many of them also have vibrant colors, and the most favorites are red and gold. 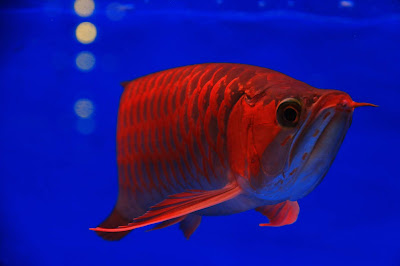 However, don’t take out your wallet yet! Due to their cultural meanings and elegant shapes, many varieties of Asian arowana have very expensive prices. People are willing to pay millions of Rupiah just to get certain arowana species for their aquariums.

Botia is a type of freshwater fish that can be found in many Asian countries. However, one of the most famous types is probably Indonesian clown botia. This fish has black-and-white stripes like tiger barbs, but the black stripes are wider. Botia fish are also larger than tiger barbs and can grow to 30 cm in length. 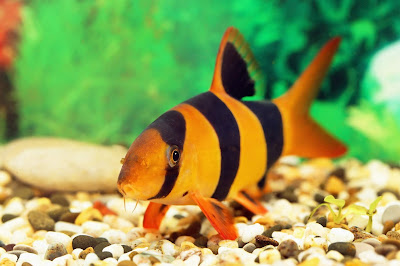 Clown botia’s natural habitats in Indonesia are rivers in South Borneo and Sumatra. However, since botia fish are very popular, many people hunt them until they become endangered. Therefore, Indonesian government declared that the only botia people can trade are the ones with 15 cm of length or shorter.

Flowerhorns are known as ikan louhan in Indonesia, and they are definitely not for casual fish lovers! Flowerhorns have vivid colors, distinctive scale markings, and bumps on their heads, which become their most prominent characteristics. People are willing to spend millions of Rupiahs just to get fish with specific markings, which are viewed as good luck. 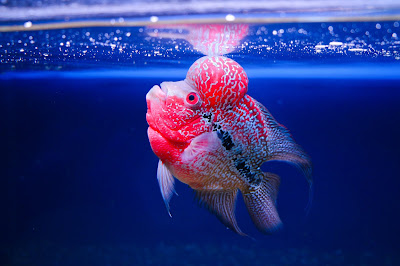 If you want to have this fish, remember that they require specific water pH and temperature to live. Flowerhorns are also aggressive, so you can only keep one fish in a tank. However, people who have multiple fish usually keep them in aquariums that have barriers.
These Indonesian aquarium fish are not the only ones you can find. However, they are definitely the most famous and popular among pet owners.

Bali is still the first best tourist attractions in Indonesia has lots of tourists and Raja Ampat Island is the runner-up.

A tourist attraction is a place of interest where tourists visit, typically for its inherent or an exhibited natural or cultural value, historical significance, natural or built beauty, offering leisure and amusement." (Source: Wikipedia)
Copyright © 2018 "Best Tourist Attractions In Indonesia" All rights reserved. 2018
Powered by Google and Blogger.